God’s saving grace is being broadcast to the people of Peru through godly teaching and Christian music on both of the Rose of Sharon Radio Stations 24 hours a day, 7 days a week

Radios are the “portable missionaries” because they can reach every place.

When we visit Peru, the people tell us how much they appreciate the radio station and the generosity of Americans, and almost weekly we get reports of people who have received Christ as their Savior while listening.

Our original station is located in Yurimaguas and just this past year, we built a second radio station in Picota, Peru which will broadcast in a 100-mile radius of the station across the Amazon valley.

Impacting the Community One Listener at a Time 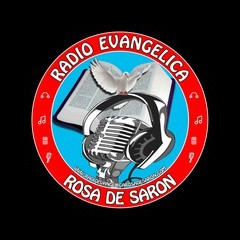 Jose’s day as director of the radio station begins before dawn when his transmitter kicks on at 5 am and start broadcasting programs to the rural residents beginning their day.

The farmers outside of town requested the pre-dawn broadcasts and carry small portable radios with them all day to listen to Radio Rosa de Saron.

Many times during his day he is interrupted by people bringing in announcements to be broadcast. And it often doesn’t end until well into the evening as he sits in the yard by the radio station counseling people who come by seeking help after hearing a program on the radio.

Jose has also been reaching out to the community with great success.

He has established regular Bible studies on Tuesday, Thursday, Saturday, and Sundays, and they have a Sunday school class for children that is growing quickly.

As such, there is a huge need to build a chapel in order to accommodate the many new people whom the Lord is bringing.

Jose knows the needs of this community.“We are like people everywhere, we have alcoholism, crime, thievery, marital infidelity, poverty, unemployment” he said.“But most of all, our people have spiritual needs.”

Jose knows the impact that Christian radio has on his community.

“Using the radio is profound. People may be in church for two hours a week, but they have the radio with them all day”, he explained.“Also, illiteracy is a big issue here and radios are the ‘portable missionaries’ because they can reach every place and can minister to those who cannot read. They also reach those places that do not have churches.”

By the grace of God, the Voice of the Rose of Sharon has gained an enormous audience. You Can Help Broadcast the Gospel on the Radio

Please let us know if you would like to be a vital part of these efforts. We love hearing from you and are thankful for everyone’s prayers and support.